Asalamualaykum wa rahmatullahi wa barakatu ladies
For the last weeks, we have been covering rivers, volcanoes, mountains, glaciers, earthquakes and caves as part of our science studies. So now was the time to let the kids go ahead and take what they were most interested in and get creative.

The only brief I gave my kids was that they must make a model of some sort and research basic information such as how it is formed, the oldest/tallest/largest, some famous examples and anything else they found interesting. Lastly, they had to present their findings to an audience (aka me and daddy!).

Of course, I was there to help them think of ideas and research information about what they had chosen on the internet but this was definitely their own project and they could run with it as they wished!
And alhamdulillah, the final projects were superb Allahuma barik! 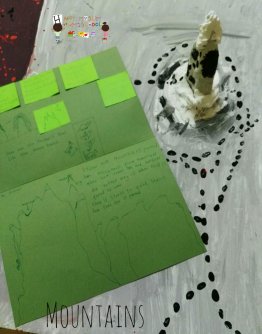 My daughter decided to choose mountains for her project. So she built a model of Mount Everest using air-dry clay, with some footprints and snow (shaving foam!) for some extra detail. She was able to describe the different types of mountains, how they are formed, the largest mountain in the world, some famous mountains and animals that live in mountainous areas.
Next, and by no surprise to me at all, my son decided to research volcanoes for his project. 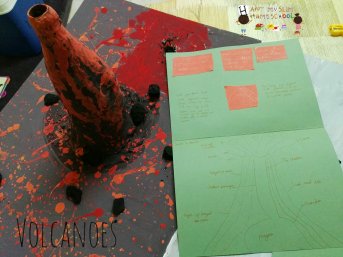 He used a plastic bottle as the base and used air-drying clay to build a model of Vesuvius. He then collected some rocks and painted them black to show hardened lava, and did splats of red and orange to show his volcano had erupted-very effective I thought! Alhamdulillah, he was able to present and describe how volcanoes are formed, how and why they erupt, some famous volcanoes, and the world’s largest volcano. He thoroughly enjoyed it!
And lastly, my daughter’s river project which I loved! 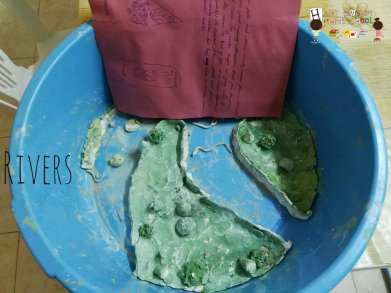 My daughter began by explaining her diagram of how rivers are formed and some fun facts about rivers around the world (she found the Ganges River the most interesting!). She wanted her model to show both a new river which is narrow and an old river which has meanders, which led her on to describing erosion and how humans can manipulate erosion too.
As you can see, all the kids made their project their own and that for me is the base of our homeschooling. I could see just how much the kids had learnt by the way they were able to explain and describe their concept. Our projects were simple and inexpensive yet so effective Allahuma barik!
Share some ideas of how you bring learning to life in the comments below! 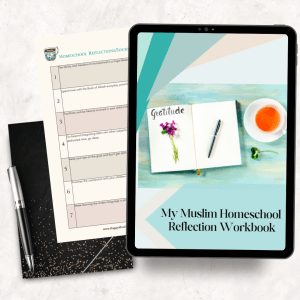